Home > Book Four: Stormy Times Ahead for the Gotth

Book Four: Stormy Times Ahead for the Gotth 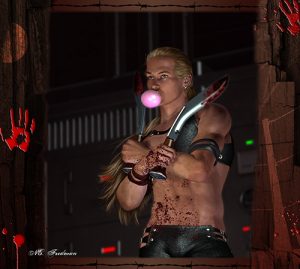 Preparations for Book Four are beginning, having started this week with a new outline and notes on characters and plot turns. In a way, this is planting the seeds of inspiration by first distilling events I already know about down to their essence. Bit of backstory: I wrote  all five Chronicles books in a mad gallup, back in 2006 and 2007, so I already have a good idea of where we’ll be going, the figments and I.

HOWEVER, the original manuscripts were seat-of-the-pants, meandering works that you really don’t want to have to plow through. Trust me on this. Book One I rewrote before I learned some key skills about plot development–you know, my craft. Book Two I left partially intact and just restructured the hell out of. Let me tell you, trying to preserve the original AND rework the bones of the story was hella hard. That, my dears, is why Book Two took so freaking long to get out–two years!

Book Three, which is already with the beta readers, I handled differently. I decided to keep the general direction. I knew, in a very top-level way, where I wanted the figments to end up. But this time, I gave myself permission to rip up the details of the original in favor of re-creating an improved plot.

Holy cow, that worked. I drafted Book Three in about three months, last summer, as a rest period from Book Two, and it’s solid. Went back over it some in the fall, but had to pause its development completely to get Sorrows’ Knights out the door. You saw how long that took, since it coincided with the holidays.

After getting Book Two onto Amazon, I had to let my poor tired brain recuperate for a few weeks. But now the internal creative pressure is getting up a decent head of steam, enough to let me take a first crack at themes and plots.

As soon as I realized what was really going on with this book, I knew the figments were all in for a real hell of a time: Heartbreak, betrayal, questioning of life decisions, crime, and punishment–it’s all there.

The mission this time? Contraband demon tech smuggling from the demon homeworlds becomes a problem that BPA hands over to Gotth and Associates to solve. When Sorrows’ Conjurors comes out, I can say more without totally spoiling it. Let us just say that the answer to the mysterious connection between Morgan and Ian pops up, too, in a highly relevant and dangerous way.

So you see, Alex and his Coven are in for another shitstorm, especially after one of their own goes rogue.