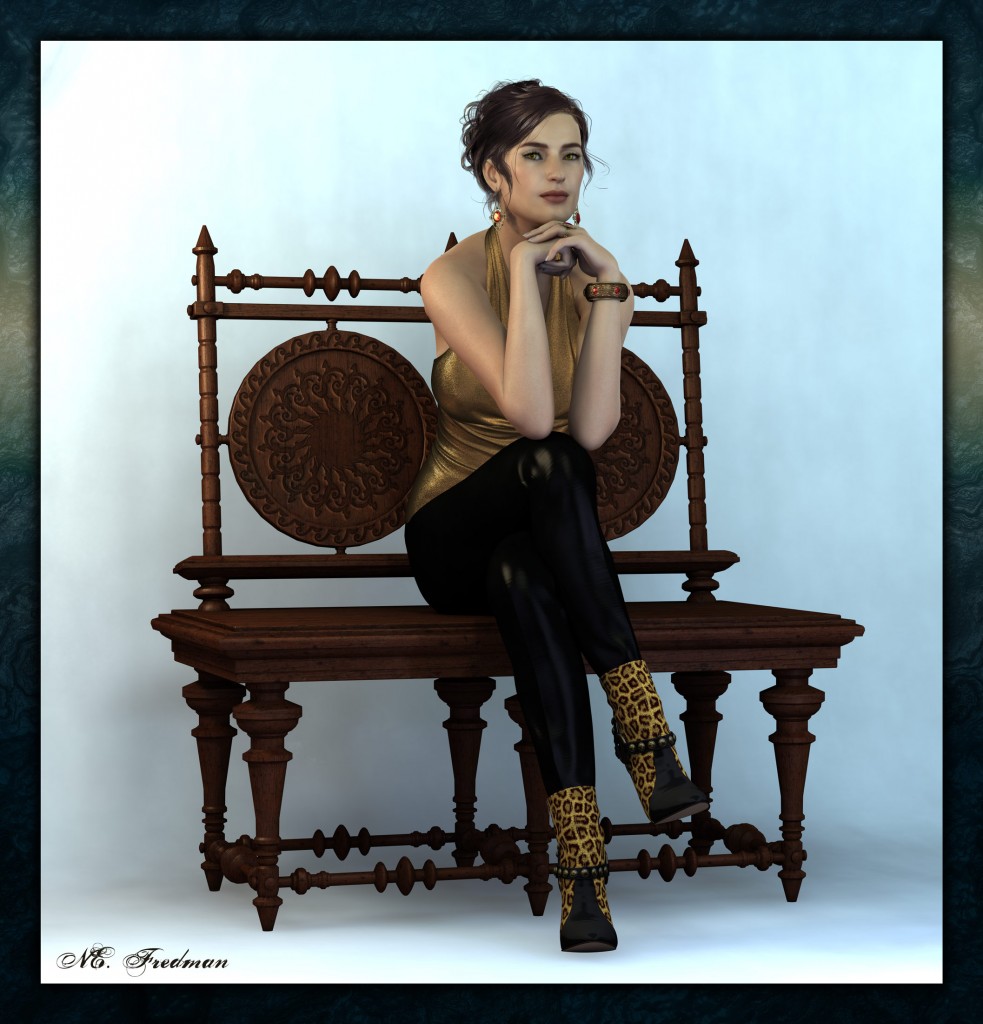 Dolores Gotth, Alex’s great-grandmother and the Lady of Sorrows.

What does an Ancient (in the world of the paranormal) look like? If she’s a clever goddess that has survived until the modern day, she looks pretty swanky. Please meet Dolores Gotth, Alex’s great-grandmother and the eldest and immortal part of the Trinity that is Sorrows.

What Kind of Goddess, You Say?

What kind of goddess? Well, the sort that is related by blood to the people in her dominion, who heals and helps crops to grow and women to bear healthy children. Who cares for the people who belong to her. Whom you could meet in the marketplace and send presents to on the cross-quarter days.

Who grants boons, for the Usual Price of sex. blood, and love.

When problems come up, she lets the Master of Sorrows and the sword take care of tactical situations, since her methods of offense are lightning storms, earthquakes, and plagues. She only gets involved when the fewmets REALLY hit the windmill.

Lots more about this witty and stylish woman in the book!

This image is my own illustration, created in Poser and finished in Photoshop. Production notes, for those of you who are interested:Dolores is Victoria 4.2 with my own character and Addy’s Rose skin. She’s wearing Hongyu’s Honore Debut with ParrotDolphin shaders on them. The boots are Idler’s. Pose is by Danie/Marforno, as is the settee, and both from the Fantasy Musings set. Set and lighting based on Synthetic’s Whiteout. As usual, I do color correction and framing in post, and paint the hair.